This winter seems to be full of El Nino's storms.  All around the country have been reports of significant storms. We have had a couple of doozies including one wind event and one snow event.  The week before Thanksgiving found the Northwest Washington nearly blown into Montana. 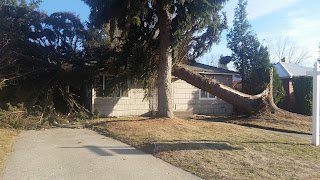 The Northwest has a great deal of evergreen trees which often have a single tap root or surface roots making them vulnerable in windstorms to being blown over pulling up the root.
Nearly 3/4 of the households in the area were without power.  At one time nearly 200,000 households.

The house above was located one block away.  Though there was extensive damage no one was injured by this tree.  Hundreds of trees came down in the Spokane are in the Parks alone.  I never saw a tally of the number of trees downed or ones that snapped off leaving tree trunks across roads and downed power lines.  School was closed for five days before power could be restored to the schools and students could safely walk to school. 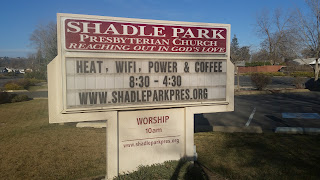 Our church had power and heat so it opened up as a warming station where people could gather, eat and charge there electronics.  Lots of cooking went on and we provided lots of baked brownies and cakes to the cold and weary. 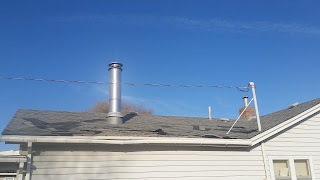 High winds ripped off shingles from our roof but they were easily repaired when repairmen could get to us.  Our cable, internet and phone were finally restored after 6 days on Thanksgiving day.

The week after Thanksgiving another wind storm had every one frightened with the dire predictions.  It was windy but did not deliver the damage as the week before.  Then before Christmas the snow began.  It snowed and snowed. 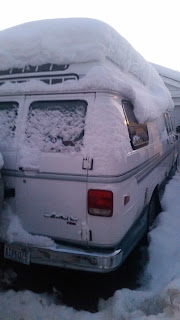 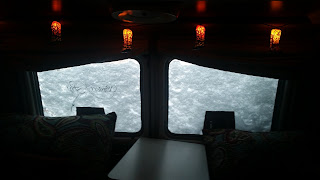 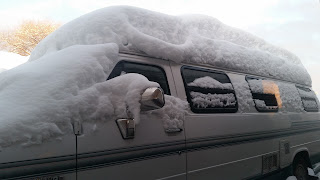 When you have a generator, it needs to operate at least once a month to keep it in good working order.  So I go out turn on the generator and small electric heater and dream of  future traveling times. 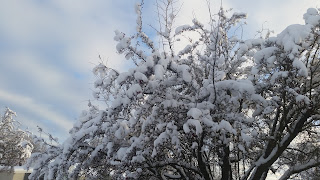 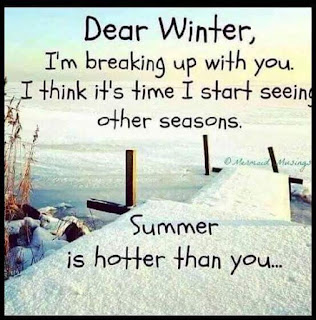 Posted by klbexplores at 5:52 PM 2 comments:

Email ThisBlogThis!Share to TwitterShare to FacebookShare to Pinterest
Newer Posts Older Posts Home
Subscribe to: Posts (Atom)
"Our truest life is when we are in dreams awake." . Henry David Thoreau

klbexplores
I'm a mother and grandmother, with grandchildren on both coasts. I have been raised, my three girls and foster children for 40 years. I lived a long time dream to provide a loving foster home environment for children with animals to care for and love. Our animal brood included 2 horses (A black and white paint mare, and a 'paint that ain't gelding' two miniature donkeys (the girls), a pygmy goat, a hen house full of chickens, 15 turkeys, a dog and 3 cats. ....I am dreaming new dreams. I am currently changing my life completely. I sold my house I have retired and I am looking forward to the next chapter of my life and dreams in my little home on wheels. After a few short months family needs called me back to the area in the northwest that has always been home. I am currently living in a three-generational home and awaiting Spring when my wheels can again start turning.